Statue of Santa Lucia (Saint Lucy) on the cathedral in Syracuse 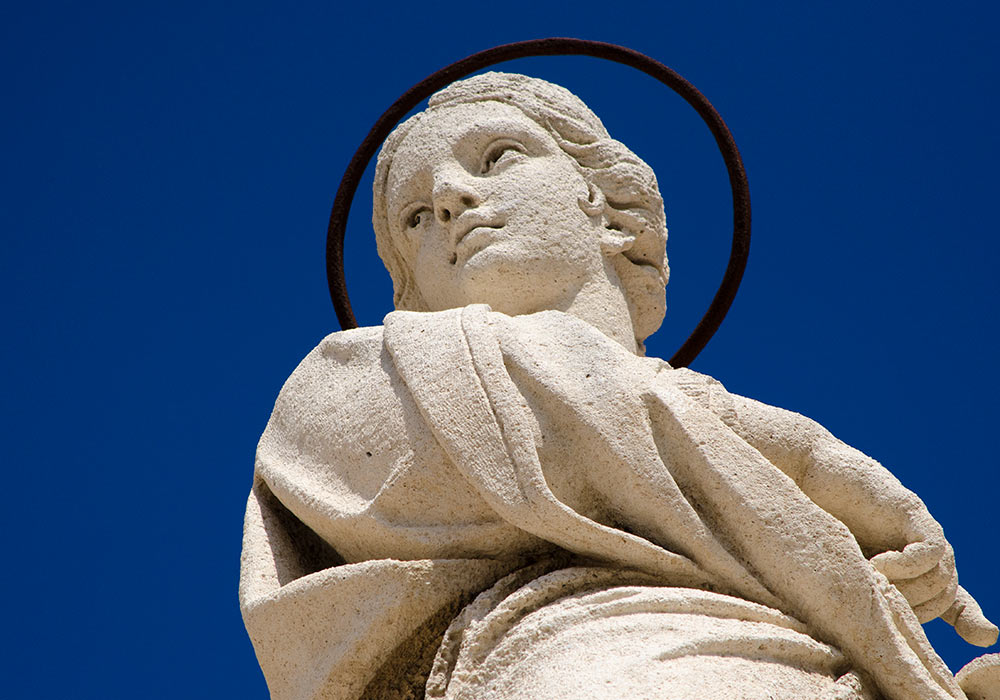 The statue of Santa Lucia (Saint Lucy) on the cathedral in Syracuse, Sicily. As a young girl, Lucia was martyred for her Christian faith during the persecutions of Diocletian in 304. According to the legend, her eyes were torn out and later healed by God. Lucia is often pictured holding two eyes on a dish. In 1039, Lucias body was taken to Byzantium, and later to the Church of S. Geremia in Venice. To mark 1,700 years from her death, Lucia's body was returned to Syracuse for one week, arriving on 15 December 2004, welcomed by a large crowd. (For more info, see Jeremy Dummett's excellent book Syracuse, City of Legends)
Photo: Per-Erik Skramstad / Wonders of Sicily

Posted by Per-Erik Skramstad at 06:34 No comments: